A woman was almost embarrassed by a monkey in Thailand after it hopped on her and playfully pulled down her top, exposing her boobs in the process.

Brittany Bowman was travelling with friends when she visited Chiang Mai monkey centre in Thailand to visit the local macaques.

The Los Angeles native let the baby monkey clamber over her after it jumped onto her leg. But while the macaque was attempting to swing up to her shoulders, it grabbed on to Brittany’s off-the-shoulder top and almost pulled it down. 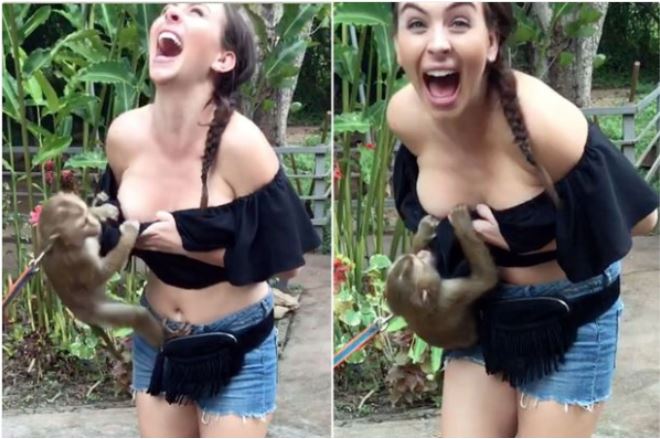 Luckily Brittany pulled it back in time and managed to avoid embarrassment. The shocked tourist was left in fits of giggles as she grabbed hold of her top to protect her modesty. The owner of the monkey jokingly stated that it was probably looking for breast milk.

You Might Also Like  BE SINCERE!! A Farting Girlfriend Or Snoring Girlfriend – Which One Can You Still Cope With In A Relationship?

“It left all of us laughing hysterically, almost to the point of tears. “I was just so scared that the monkey was jumping on me that I didn’t even consider it would pull down my top. “The owners said he must have been looking for breast milk.

“It was all just so random, I’m just glad we caught it on camera.”

Macaques are robust primates whose arms and legs are of about the same length. Their fur is generally a shade of brown or black, and their muzzles, like those of baboons, are doglike but rounded in profile, with nostrils on the upper surface.

The tail varies between species and may be long, of moderate length, short, or absent. Size differs between the sexes and between the species; males range in head and body length from about 41 to 70 cm (16 to 28 inches) and in weight from about 2.4 kg (5.3 pounds) in females and 5.5 kg in males of the smallest species.

Macaques are omnivorous, and they possess large cheek pouches in which they carry extra food. Breeding occurs year-round in some (mostly tropical) species, but, among those living outside the tropics, it is seasonal. Single young are born after about six months’ gestation and become adult at four years. Macaques are considered highly intelligent but may be bad-tempered as adults. 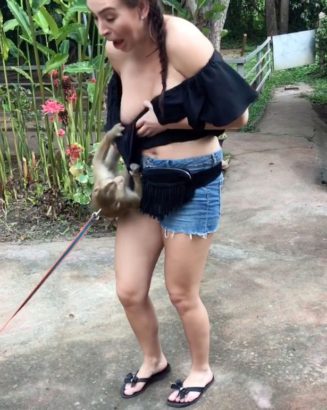 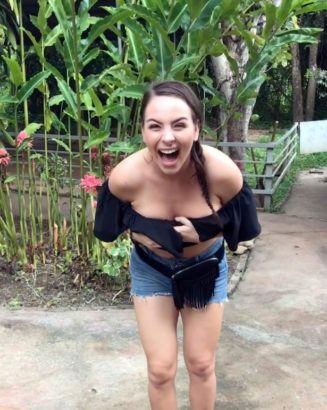