The Ghanaian Police have finally arrested a young Nigerian man, Kess Billions, at his hideout in Tema after being declared wanted for multiple robberies with his gang in the country. 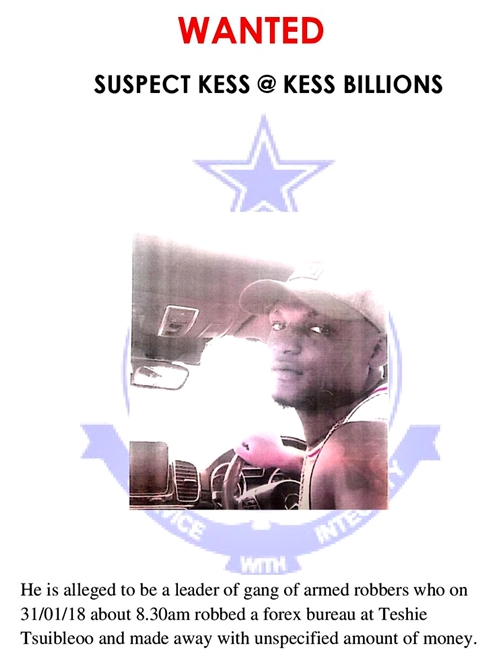 We had reported  last week that a 29-year-old Nigerian man, Kess Billions, said to be the leader of a vicious robbery gang terrorizing residents of the Accra area of Ghana, was declared wanted after he led his gang to rob a bureau de change on the 31st of January, 2018, and carted away a huge sum of money.
According to a new report, Ghana Police Service, have finally arrested Kesiena Blessing Kagi, alias Kess Billions, at his hideout at Community 20 in Tema.
See Also==> Delta State Big Boy Declared Wanted For Multiple Robberies In Ghana
Kess Billions, as he was popularly known among his fellow criminals, was on the police wanted list for the robbery of a forex bureau at Teshie on Wednesday, January 31, 2018. 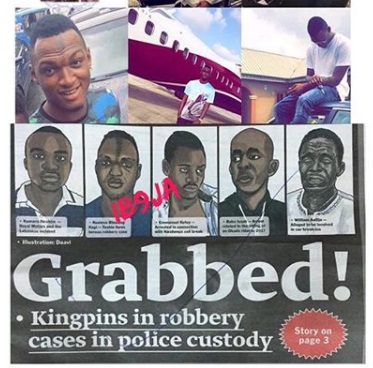 He was also said to have led a gang of robbers to attack a company at Community Nine Light Industrial Area, Tema.
The IG of Police in the country said other suspects in the forex bureaux robbery gang – Prince Wanganga, Gift Wanganga alias Festus; John Ani, Prince Yfuah and Okoro Amulley – had been arrested earlier.
He said Kess Billions and the other five suspects were all Nigerians, adding that a check on Kess Billions’s passport, number A07598838, revealed that he was a native of Warri.
Kess Billions frequently comes to Ghana, with his last being on January 19, 2018, with a 90-day stay permit.