A New Jersey woman is on the run after she brutally assaulted a woman she believed to be her baby daddy’s side chick, leaving her with memory loss.

The attacker is now wanted for battery after the video of the assault went viral on social media. Sadly, according to local media, the victim suffered a concussion leading to the loss of her memory and can not help authorities with information that will lead to her attacker.

In the video, the woman can be seen dragging the alleged side chick to the ground before punching and kicking her. The victim lost consciousness during the attack but shea continued to kick her in the face as she lay motionless in the middle of the concrete floor. 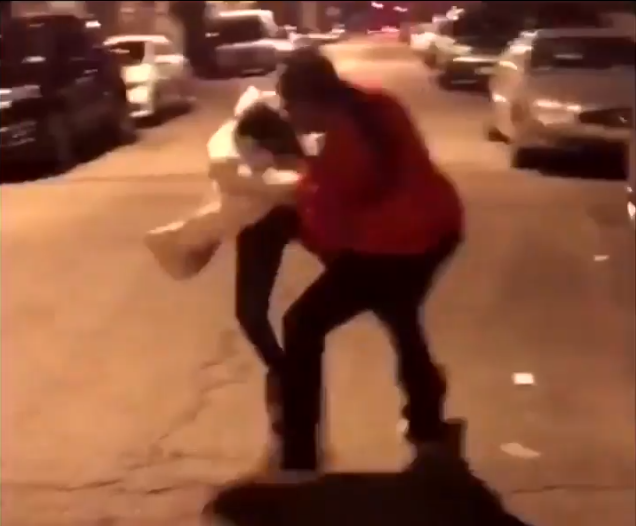 The baby mama is then seen warning her victim to stay away from her baby daddy then tells the cameraperson to show the video to the baby daddy.