The former Tottenham Hotspur defender believes a positive result against the Super Eagles would likely determine their fate in Russia. 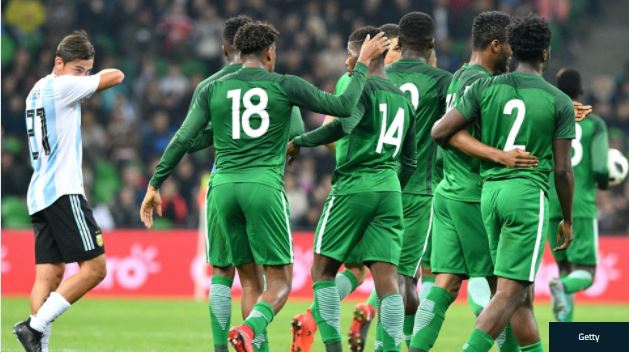 Super Eagles
Vedran Corluka has tagged Croatia’s World Cup encounter against Nigeria as their ‘toughest’.
Both sides were drawn alongside Iceland and Argentina in Group D for the quadrennial event. And the Lokomotiv Moscow defender has warned that they must ‘pay attention’ to the three-time African champions if they are to make an impact in Russia.
Zlatko Dalic’s side will face Gernot Rohr’s wards in the group opener in Kaliningrad on June 16.
“I would like to see our team pay attention to Nigeria because they are the first opponent in Russia, and it will be tough against the tricky team from Africa,”Corluka told Sport.ru.
“Getting past Nigeria will be the toughest, but a win over Nigeria can give us a big boost before other games against Argentina and Iceland.
“Hopefully, Argentina can start well with a win and we can take it from there.
“We [Croatia] have a good and strong team for sure, and there are talents. We always say this before every major tournament, but in fact, it does not always work out, so I hope that we will fulfil the task in Russia,” he concluded.